Designed by noted architect Herbert J. Krapp and constructed by famous entrepreneur brothers the Shuberts, Ethel Barrymore Theatre opened on December 20, 1928. The theatre’s namesake, “First Lady of the American Theater” Ethel Barrymore, not only starred in the opening play, which was commissioned specifically for her, but she returned several times over the years to star in The Love Duel (1929), Scarlett Sister Mary (1930), The School for Scandal (1931), and An International Incident (1940). 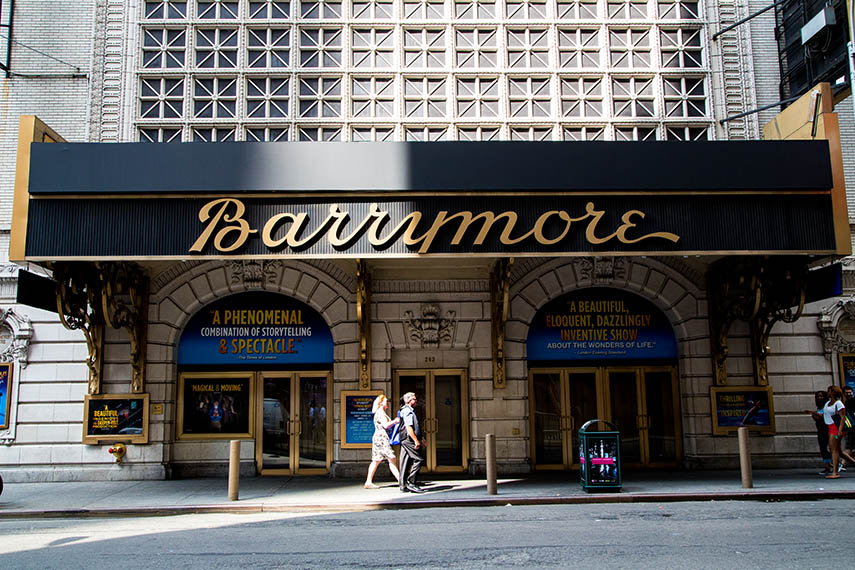 A gift to Barrymore, a member of the illustrious Barrymore acting dynasty, the Ethel Barrymore Theatre is the only surviving theatre of the many Lee and J.J. Shubert built for their affiliated performers.

A lavish building both inside and out, this stunning venue’s exterior was modelled on the Roman baths with its unique terracotta grillwork, and the interior is an opulent combination of Elizabethan, Mediterranean, and Adamsesque designs, seen best in the sunburst pattern on the viewing boxes.